On Tuesday, September 13, at 7 pm, former Washington Post editor and reporter Jefferson Morley will discuss untold chapters of U.S. history revealed in his new book–Scorpions’ Dance: The President, The Spymaster, and Watergate. In Scorpions’ Dance, Morley reveals the Watergate Scandal as the culmination of a concealed volatile power struggle between President Richard Nixon and CIA Director Richard Helms.

After the Watergate burglary, Nixon was desperate to shut down the FBI’s investigation. Nixon asked Helms to intervene, knowing that most of the Watergate burglars were retired CIA agents, contractors, or long-term assets with knowledge of the agency’s deepest secrets. Nixon and Helms circled each other like scorpions and ultimately one man resigned from the U.S. presidency while the other was convicted of lying to Congress.

Morley’s previous books include The Ghost: The Secret Life of CIA Spymaster James Jesus Angleton and Our Man in Mexico, a biography of the American spy Winston Scott, chief of the CIA’s Mexico City station during the 1960s. Morley is also editor of the blog JFK Facts and in 2003 he sued the CIA to obtain records related to the assassination. The lawsuit is still active.

This meeting is free, but registration is necessary. We are no longer using Eventbrite. Instead, register directly on Zoom. Once you register, Zoom will email you the meeting link. Please keep your confirmation email from Zoom with the meeting link!  Spaces are limited, so sign up today. Also, please make sure that if you sign up, you attend.

We look forward to seeing you! 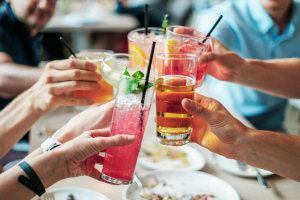